Fox Interview: The ABC’s of Spotting Skin Cancer and How To Protect Yourself – May 1, 2017

NBC News 4 joins Dr. Hendi in the office to discuss the dangers of baking in the sun and use of tanning beds. 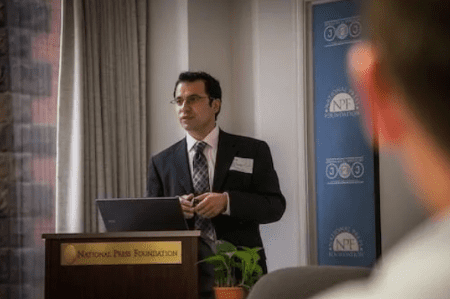 Dr. Hendi speaking to the National Press Foundation on December 9, 2014. NPF is an organization that educates journalists’ on complex issues in order to improve public understanding. Dr. Hendi held an hour discussion session on “What’s New in Skin Cancer Treatment.”

See the video below: